Home > Who we are 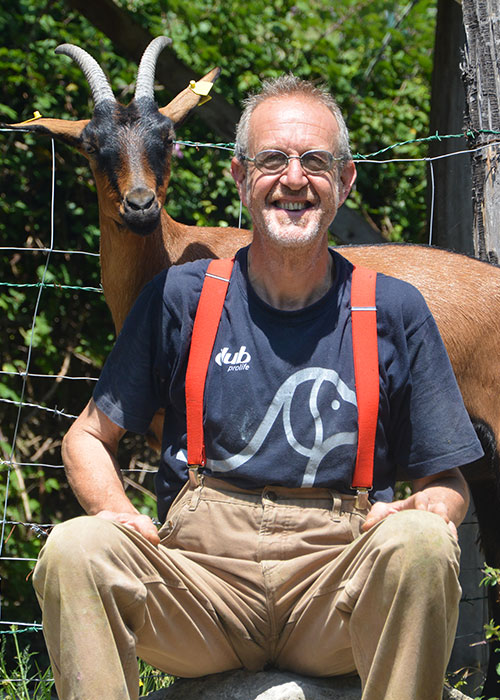 I used be a financial executive but I became a farmer.
I directly take care of my organic farm; I work like a donkey (I look up to donkeys when they carry woods on their backs), however I would not change my mind about my decision. 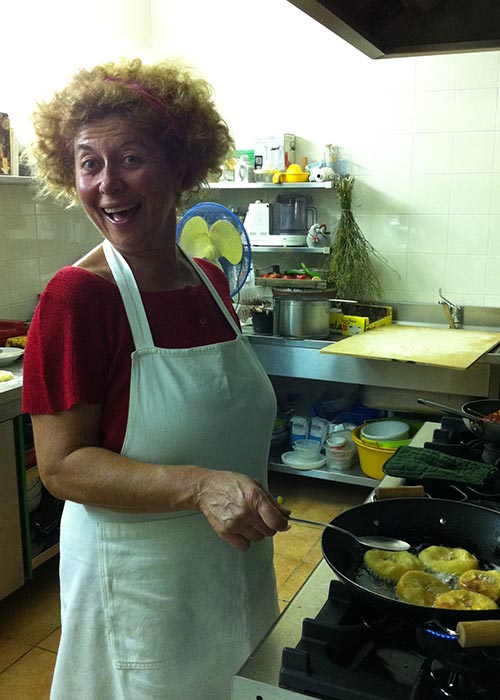 I am a lecturer (I teach didactic and I research about technology) and I manly cook at the farm holiday “Il Fienile”; I invent activities with kids and I project events with Mauro in order to let people know about our farmhouse and its territory around 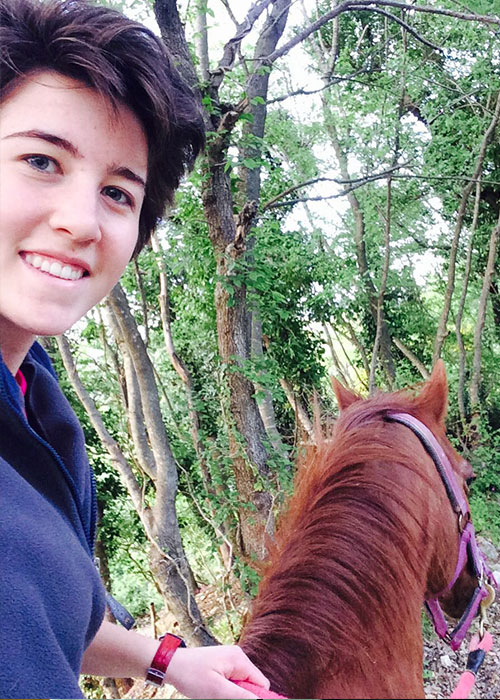 I am Irene and I was born in 1999. Even if I was born in Rome I belong to these places and all my pets, that I love and I take care of with my father. I also ride horses and all these things help me make our guests discover nature and animals whether they are adult or not.

Many people wonder why our holiday farm is named “Orazio’s Barn”
Is one of us named Orazio? No, even if a lot of people think that Mauro
Is named like that.
Is Orazio, Clarabella’s boyfriend, him a horse, her a cow, both friends of mickey mouse?
Or is Orazio the Roman poet?

This is my desire:
To have a land where there is an house with
a vegetable garden and a spring and some trees around.
More and better gods have done. Good

We picked the poet Quinto Orazio Flacco, one among many poets and writers who could inspire us, for different reasons, so far at least 3: he has the same name of Clarabella’s boyfriend; he has been in Sabina region and he used to live in his villa in Licenza town, not so far from Tivoli. He loved more than everything living in the countryside and this love become the main point in his philosophy (very often misunderstood as a easy pleasure, instead to pay attention to every detail).
We agree about the third Orazio’s reason. Like Orazio we are from Rome, we are part of the big city, and we don’t want to leave the city: Rome is the core of many international and national business. Rome is the symbol of complexity and actions.

The countryside is our contradiction: it represents the contrast, the difficult choice, the effort, the detachment, however, at the same times it represents the interior peace, the pleasure of sight, the relax, the maximum of the minimum value.

We open our farm to others, inspiring our sense of hospitality to Orazio’s way. This is the way we found to live in our contradiction like it was our solution. There in internet too… but this is another story.